The invisible plight of people living in collective centres in Ukraine

Soon after the outbreak of the conflict in 2014, the Government of Ukraine, with the support of the humanitarian community, established temporary housing solutions for internally displaced people.

Known as “collective centers,” these communal shelters, located in public buildings, and in “modular trailers“ were initially designed to serve as a short, transitional measure until a permanent housing solution was found. Many families managed to use these centers as temporary stop-gap measures, before moving into housing in host communities or returning to their places of origin. However, it is estimated that some 6,000 people stayed behind and continue to live there, six years later, in gravely deteriorating living conditions.

The recently released report by Right to Protection assesses the conditions of Internally Displaced People (IDPs) living in these centers, including so-called “modular towns.” According to the report, which covered 41 collective centers across the country, these “towns,” built with modular trailers found in many oblasts across Ukraine, are no longer suitable for living, having been designed to serve for three years only, until 2018.

Despite efforts by the Government to improve the conditions at the collective centres, the roofs of the trailers are leaking, and appliances are suffering from wear and tear. The facilities, including bathrooms and kitchens, are largely insufficient and inadequate, with the survey noting that residents are often forced to accommodate their cooking needs within their tiny rooms, in many cases shared with other people. With little insulation, families experience extreme weather conditions in summer as in winter. Yet, three in four IDPs living in collective centers still call these modular towns their homes.

Not a matter of choice, but a lack of choice  The IDPs continue living in collective centers because they simply do not have a place to return. Almost half of the residents declare that their homes have been destroyed or are damaged, or that active conflict prevents them from going back. Many just do not have the means to afford an alternative. Having exhausted all their assets, IDPs living in collective centers survive on social payments (many are economically inactive, including due to disabilities and illness), and for those who work – salaries are insufficient. Almost 40 percent of residents are pensioners, relying on meager pensions.

Durable housing solutions are urgently required to improve the situation of those trapped in these conditions. The National Strategy and Action Plan on Internal Displacement envisage housing solutions to foster inclusion into communities. But the Plan, which expires in 2020, needs to be extended and strengthened in its implementation, with adequate state budgetary support, as well as an approach that cuts across all relevant state ministries and entities.

The availability of affordable housing is crucial for the integration of internally displaced and for creating opportunities for a dignified living. Humanitarian actors continue to support conflict-affected people in eastern Ukraine by addressing their acute humanitarian needs. But the role of the Ukrainian Government and its commitment to improving the lives of internally displaced people is central to finding solutions that go beyond addressing today’s immediate needs.

The conflict in eastern Ukraine has paralyzed the economic and agricultural activity of an otherwise fervent region, severely impacting the wellbeing and living standards of vulnerable people. Unemployment has doubled in the government-controlled areas of Donetska oblast and tripled in Luhanska oblasts between 2013 and 2018. Access to farmland, which was one of the primary sources of income for many families living close to the “contact line,” is severely curtailed due to landmines, making it essential to support people with livelihood activities.

The UN’s Central Emergency Response Fund (CERF) allocated some US$6 million to Ukraine earlier in 2019. That was a timely support for life-saving humanitarian interventions across both sides of the “contact line” but also projects to address urgent livelihoods needs. The Food and Agriculture Organisation (FAO) used that allocation to deliver more than 28,000 chickens to almost 1,000 households in over 30 settlements close to the “contact line.” This means a new source of income – and protein – for families otherwise living in poverty and isolation due to shelling, landmine contamination and disruption of transportation. Households have also received feed and a step-by-step guide to look after the chickens. Ahead of winter, when expenses related to keeping houses warm will add further strain to people’s already overstretched resources, the poultry will come handy.

The CERF’s allocation will help prevent people from suffering further economic losses. The income generated from selling the eggs will help families regain a level of self-sufficiency, but also complement the livelihoods capacities that they have. Over 2,000 additional families are expected to receive vital livelihood assistance through this allocation. As with all CERF projects, this one targets the most vulnerable: mothers with many children, families with pregnant women, breastfeeding mothers and the elderly- all living in hard-to-reach settlements.

The US$6 million CERF allocation is responding to the needs of some 250,000 most vulnerable people on both sides of the “contact line” in 2019. Life-saving humanitarian and protection interventions are making a difference. The project is but one of many examples which demonstrate that humanitarians on the ground are making a significant impact on people’s lives, even with minimal resources.

As needs remain high, more resources are needed. The Humanitarian Coordinator has recently appealed for US$52 million for critical humanitarian activities between now and end of 2019. These are the resources required to meet the most priority, urgent needs that simply cannot go unaddressed.

In the first six months of 2019, more than 650,000 people have received humanitarian assistance and protection services on both sides of the ‘contact line’. However, the response has been challenged due to a lack of funds. The discontinuation of food assistance to over 30,000 vulnerable people is one of the many examples of the impact that underfunding has had. With needs exceeding the resources to respond, people’s conditions are expected to be even more severe with the start of winter.

The Humanitarian Coordinator is urgently calling for US$52 million to allow UN agencies and NGOs to meet humanitarian needs in 2019 that simply cannot go unmet. This priority funding represents some 30 per cent of our annual appeal and is intended to meet the acute and time-critical needs of the most vulnerable.

The projects proposed under this appeal cut across different types of humanitarian action, from education, food, health, shelter, and protection to water and sanitation. They seek to provide some 25,000 food people with food; some 80,000 people with critical health services; some 70,000 people with winter protection, and thousands more with aid across other sectors without which, their conditions will simply significantly deteriorate.

The people of eastern Ukraine are only two months away from facing their sixth winter of conflict. Their resources have long reached a breaking point. The relief that aid agencies can provide will make a huge difference for people affected. Strengthened donor support is therefore needed more than ever - it is time to turn these priority projects into real action.

See the priorities document for a detailed account of needs and requirements: https://www.humanitarianresponse.info/en/node/186817

There are about 600 primary health care facilities throughout Luhanska and Donetska oblasts in Government controlled areas (GCA) and along the “contact line” in non-Government controlled areas (NGCA). Over 35 per cent of them have sustained damage and an unknown number is in disrepair due to lack of maintenance. Lack of healthcare workers, who long left eastern Ukraine in search of safety and/or better opportunities elsewhere, hinders access to healthcare even more. Shortage of critical medical supplies, equipment and basic commodities continue to be reported across all conflict-affected areas, while costs for medical care continues to rise. Humanitarian agencies operating in NGCA also report shortage of medication for diabetes, cardiovascular conditions, cancer, and other non-communicable diseases.

In Luhanska and Donetska oblasts, in areas under government control, some 40 per cent of the population experience trauma resulting in stress, depression, anxiety, and post-traumatic stress disorder. However, there is a general lack experience in treating issues of mental health.

Isolated communities suffer the most. In the communities close to the “contact line”, availability of public transport, damage to roads and restricted movement through military checkpoints further challenge people’s access to healthcare. Restrictions of movements, often due to the presence of landmines or constant shelling, also mean that ambulances cannot reach patients, putting people with disabilities, the elderly, and families with young children, at most risk of being unattended.

According to Protection and Nutrition/Health Clusters, 8 in 10 families living within the 20-kilometers of the “contact line” also find the cost of medicine as one of the main challenges, especially as it is associated with transportation costs. For this reason, mobile clinic services and humanitarian efforts that aim to reach these isolated settlements are deeply critical. An allocation of some US$3.2 million by the Ukraine Humanitarian Fund, which is expected to be disbursed by September 2019, will address some of these challenges.

Humanitarian action to date is making a significant difference – over 200,000 people benefited from healthcare support programmes between January and June 2019.  However, in a situation where 1.3 million people need access to healthcare in the East, much more needs to be done. First, practical measures to address challenges in terms of distance, cost of travel and accessibility for disabled people must be urgently undertaken by the Government and prioritized by humanitarian actors; and second, with the healthcare projects under 2019 Humanitarian Response Plan funded less than 25 per cent, international donor support must urgently be strengthened.

In its sixth year, the situation in the conflict-affected Donetska and Luhanska oblasts in eastern Ukraine continues to take a significant toll on the lives of more than five million people, 3.4 million of whom require humanitarian assistance and protection services.

As the crisis in the conflict-affected Donetska and Luhanska oblasts is well into its sixth year, civilians continue to bear its heaviest brunt. Fear of shelling, violent clashes, or treading on one of the many landmines or explosive remnants of war (eastern Ukraine has been branded one of the world’s most mine-contaminated areas) are the daily reality for millions of people living on both sides of the over 420-km-long "contact-line", which is about the length of the French-German border. Since the start of the conflict, more than 3,340 civilian men, women and children have been killed and another 7,000 injured.

The long-term consequences of the conflict are serious with daily hostilities damaging critical infrastructure and often disrupting essential services, such as water supply and sanitation facilities. Every month, more than 1.1 million civilian crossings were recorded at the five crossing points in 2019, where people often have to endure long waiting hours in the bitter cold in winter and scorching heat in summer to maintain family links and access basic services. This is especially arduous for the elderly, who make up over 30 per cent of all people in need, the highest proportion in the world. People are increasingly affected by mental health issues having lived in fear for far too long, and lacking self-esteem after losing their job. The economic situation of the Donbas region, once the economic heartland of Ukraine, is dire which has seriously impacted household well-being and living standards.

Despite enormous challenges, the UN and its humanitarian partners continue to deliver lifesaving assistance to millions of people across the country. In 2019, more than 1 million people benefited from some form of humanitarian assistance and protection services. Since 2014, over US$500 million has been mobilized through humanitarian response plans.

The humanitarian response is coordinated within six clusters: Shelter and Non-Food Items; Protection; Health and Nutrition; Education; Water, Sanitation and Hygiene; and Food Security and Livelihoods. Cluster partners conduct joint assessments, coordinate the response and monitor humanitarian assistance and programming. Relief and early recovery supplies, including food and non-food items, shelter materials, medicine, psycho-social support and hygienic and education kits are distributed. Access to safe drinking water through in-kind as well as cash assistance is provided. Other urgent humanitarian assistance includes provision of farming inputs, mine clearance and mine-risk education as well as other protection services. 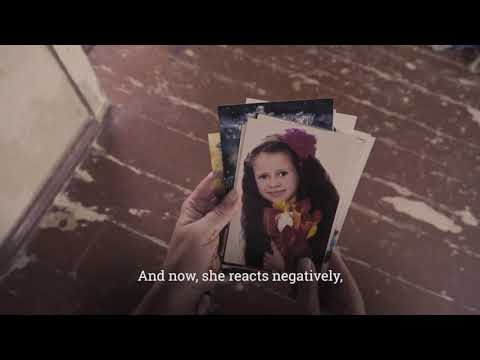